Free Resources Designed To Help You Grow As A Musician

Rhythm Guitar How To Sound Like Iron Maiden by Michael Gumley

Iron Maiden are without a doubt one of the biggest heavy metal bands in history and although often overlooked by the guitar playing community have an endless wealth of riffs and solos to inspire countless players. Guitarists Dave Murray and Adrian Smith both have very distinct guitar sounds and styles and have brought to life the riffs of bassist and main songwriter Steve Harris.

Iron Maiden are noted for having a particular sound and this is due to the fact that they use the same chord progression in many of their hits. Before you dismiss them as being unoriginal and every song sounding the same take a moment to reflect on how difficult it is to come up with 16 albums worth of songs over a 40 year period with each song being distinct in it’s own right. Maiden have many tricks and compositional devices that they use to make each song sound refreshing while staying true to the formula that makes them sound the way they do.

Below we’ll take a look at some of the ideas that make up Iron Maiden’s signature sound.

This chord progression is a staple in Iron Maiden songs and is one that they use to great effect. It is played using power chords. The example below features and E5 power chord for a full bar before dropping down to the C5 for two counts and the D5 for two counts. This gives a build up effect and has been used by countless other bands inspired by Iron Maiden. You can hear this progression in the chorus to Aces High.

This is one of the key characteristics of many of Maiden’s hits and can be heard in Run To The Hills, The Trooper & Hallowed Be Thy Name. Often incorrectly called triplets the Gallop Rhythm comprises of a quaver and two semiquavers repeated for an entire bar or longer. Try saying ti-tika ti-tika ti-tika ti-tika to keep you in time. Be sure to pick ‘down – down up and play both muted and un-muted notes to hear the distinct sound of each.

Another technique favoured by Maiden is to take power chord progressions and to pick the notes individually. Start by picking up on the root note and down on the 5th with an inside picking motion and continue this motion as you change from chord to chord. You’ll hear sounds reminisce of Fear of the Dark and Blood Brothers. Don’t forget to try it with palm muting or even double picking each note for really cool sounds.

So that’s three of the many traits that make up the signature Iron Maiden sound. When you go back and listen to your favorite tracks I’ve got no doubt that you will be hearing many of these progressions and techniques in action. Hopefully you will able to start identifying them which will aid in the learning process and even give you some inspiration for your own songwriting. If you want to capture the sound of the beast, you only need to try a few of these techniques and you’ll sound like Iron Maiden right away. 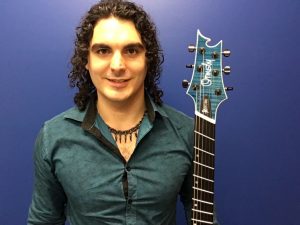 Michael Gumley is a heavy metal guitarists and guitar teacher from Melbourne, Australia. He is passionate about heavy music and loves pointy guitars and playing faster than necessary. If you want to shred like your favorite Guitar Gods sign up for heavy metal guitar lessons in Melbourne and unleash the fury! Get in touch to book your free lesson.

Let me know how these tips work out for you and watch for the next installment!

The typical, average, logical approach to learning guitar that most instructors follow is NOT the best way to learn to play guitar. My students come to me week after week because they learn faster with me than with any of their previous instructors! Why? Because there is madness in my method and a method to my madness! Learn how to prevent YEARS of frustration when you...

"Our guiding principle in teaching is to help EVERY student fall in love with their instrument – We pride ourselves on making EVERY new player good and EVERY good player great as fast as humanly possible – And seeing that happen during each and every lesson puts a huge smile on my face!" - Marcus Diaz 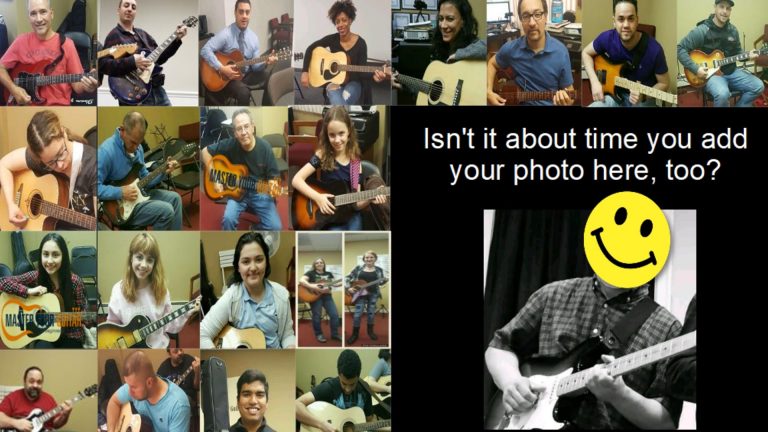 Click on the button below to find out how easy it can be to learn to play your favorite instrument!